Slender and accurate, “Honour” is Chalmers Hemmingwood III’s weapon of choice. The sword is of is a good quality, likely originating from a noble house at some point in time. The word “Honour” has been crudely engraved on the blade, by someone with far less artistry than the sword’s original creator.

During a battle to recover the pommel stone of an ancient Nerathian sword, Honour was unexpectedly imbued with new power. As Honour pierced deep into its foe, the thin sword absorbed some of the pure vileness from the creature, giving the sword poisonous abilities and staining the tip of the blade red. 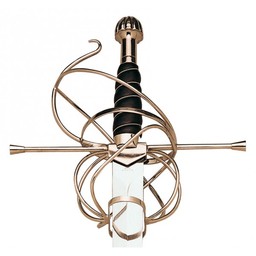